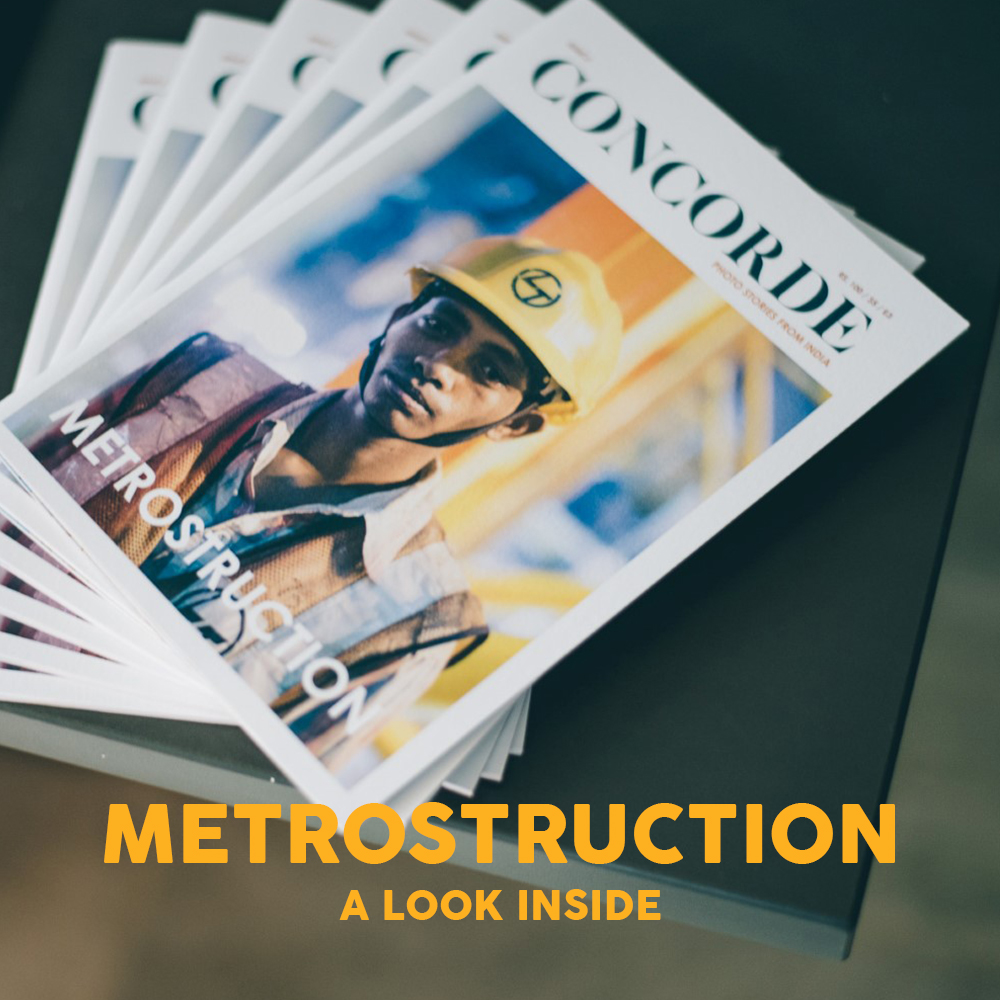 When Hyderabad Metro Rail project finally took off in 2012, a lot was going to change for the city. Initially conceived in 2003, the project had had its fair share of hiccups and was finally revving up. Just in time, Concorde decided to take a ride through the winding gullies of the city, trying to put to perspective everything that was about to change. As the pillars sprung up from the middle of the road, the buildings that had silently stood strong for years suddenly had to go. Life stood still as everything around the city metamorphosized, wrecking careers, corporations and landmarks. Concorde’s second issue was born with a promise to look back at how things were, before Hyderabad moved on to a brighter, swifter future. 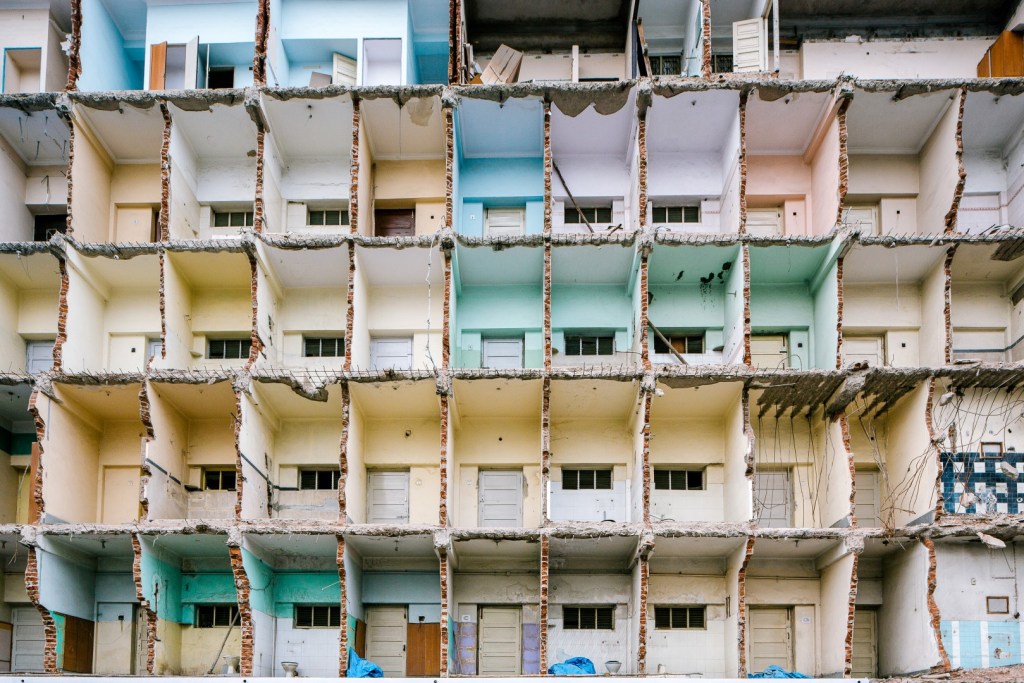 The first half of the zine explored the myriad structures that were being wiped off the map through the Building Series. A fractured pork shop, a demolished bar, a broken, naked hotel standing amidst a road – every story found a place in our pages. ‘As the construction started taking momentum, I witnessed my city being torn down in the name of growth. The Metro, being an overground structure, led to the destruction of a plethora of structures that lay along its route. Buildings that we once took for granted were suddenly no more. When I went back to a particular road after a few months, it felt completely alien. Places that had been part of the city for decades had disappeared. For me, watching the everyday amenities being broken down was heart wrenching. I felt that the importance of local shops and businesses was understated. Places that employed and served the common man were hit the hardest,’ says Kishor, curator and publisher of Concorde. 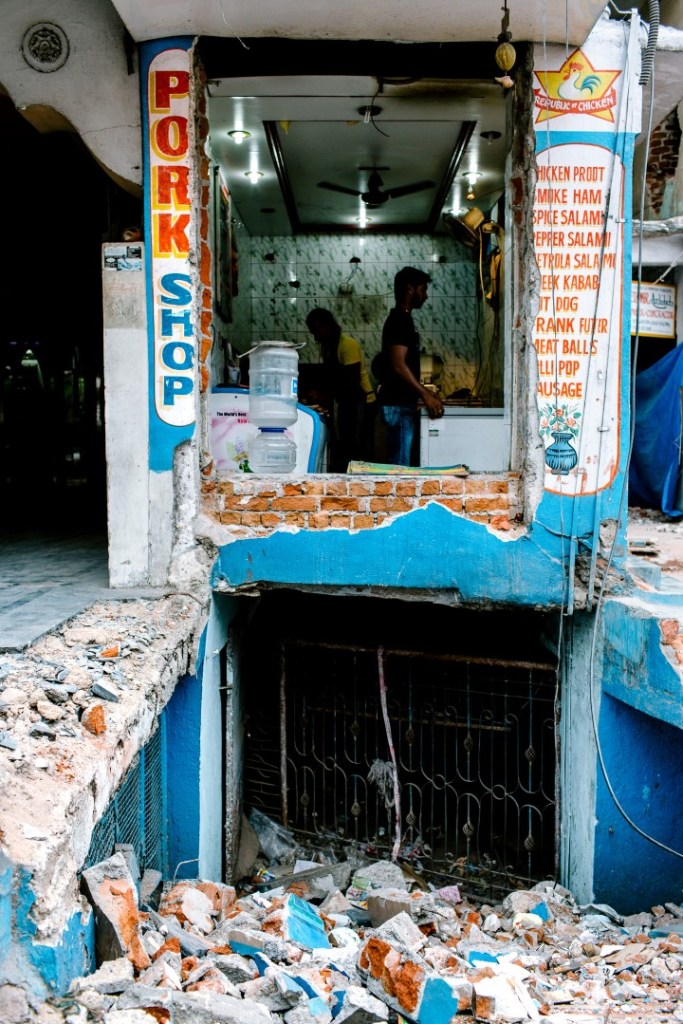 The Portrait Series – that makes up the second half of the issue – takes a look at the people who’s lives were reeling under the change. Shot by Suri Vasireddy, the series took a while to come together, met with the initial reluctance of the people to share their stories. Unwilling to give up, Suri kept at it, going back to every construction site and run down building, trying to get a snippet of the perspective of the people who lived there and how their lives were changing. Soon enough, with their building faith and a few clicks of the camera, we had a series of portraits that told incredible stories. We explored the narrative of Naresh, a laborer from Mumbai who moved to Hyderabad to work on the Metro Rail; Kumar who own a 15 year old framing shop that has been scheduled for demolition; Ramesh, a waiter at Sangam Hotel that has lost a large part of the building to the project and the searing stories of many others like them. Metrostruction was our attempt to capture the yesteryears of Hyderabad in our enthusiasm for the Hyderabad that will be. Following Chai, that spoke of an unchanging aspect of the cosmopolitan, this issue is a chronicle of a city faced with drastic changes, limping on towards a better future. 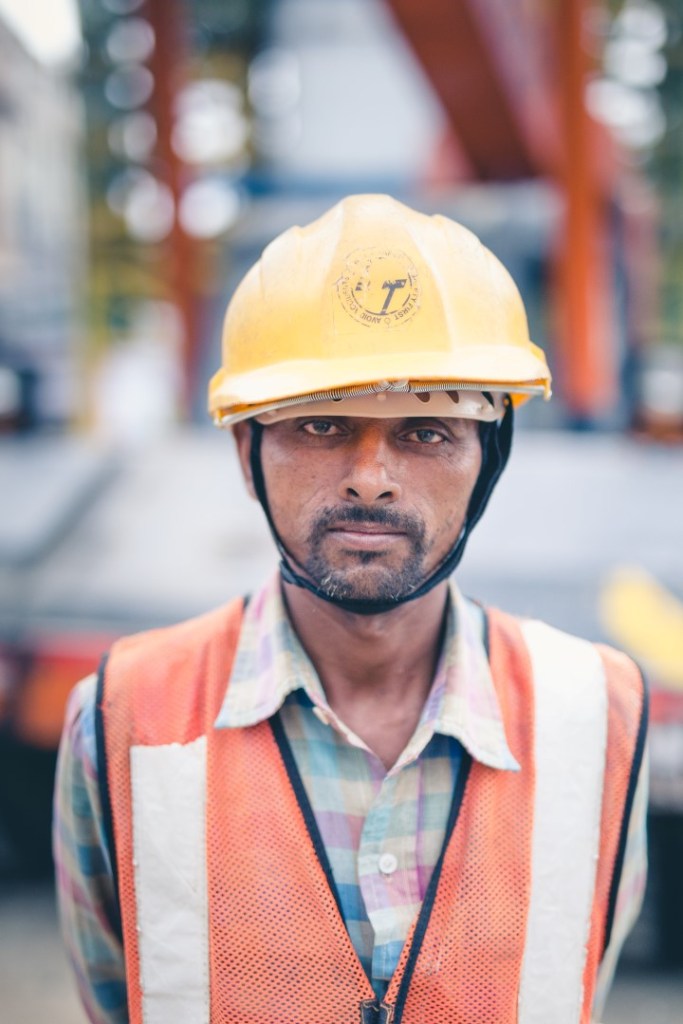 Naresh
Moved from Mumbai to work on the Hyderabad Metro Rail. Even considering the improved pay compared to his hometown, Naresh finds work hectic and has not yet settled into the job 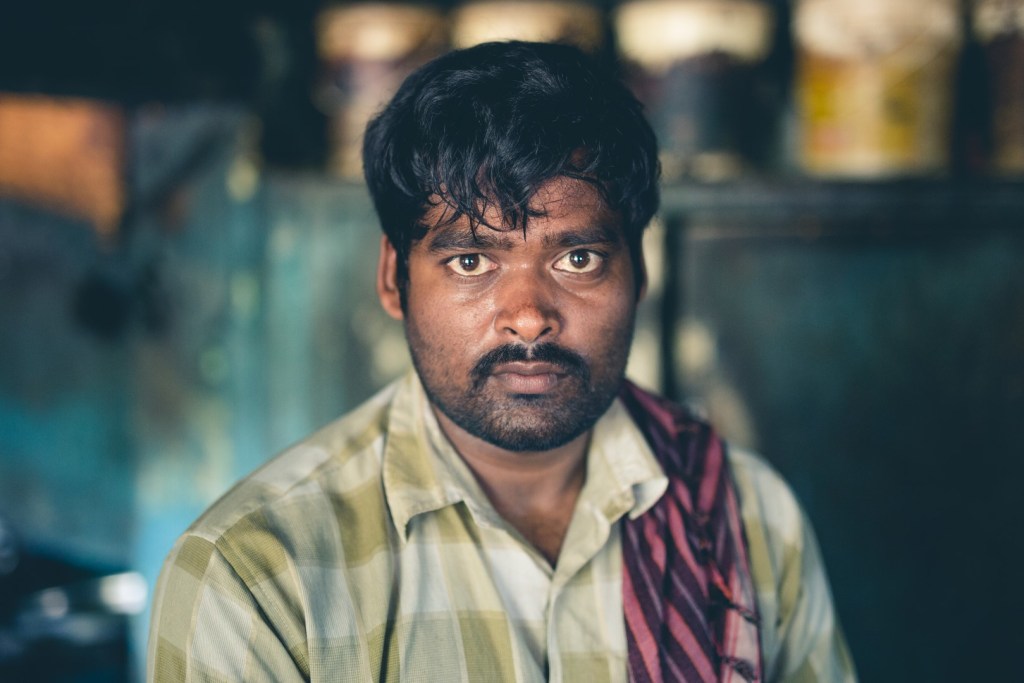 Krishna
Cook, Sangam Hotel.
Sangam has been forced to close the lodging section and reduced operations to a small restaurant, since a large part of the hotel has been demolished. 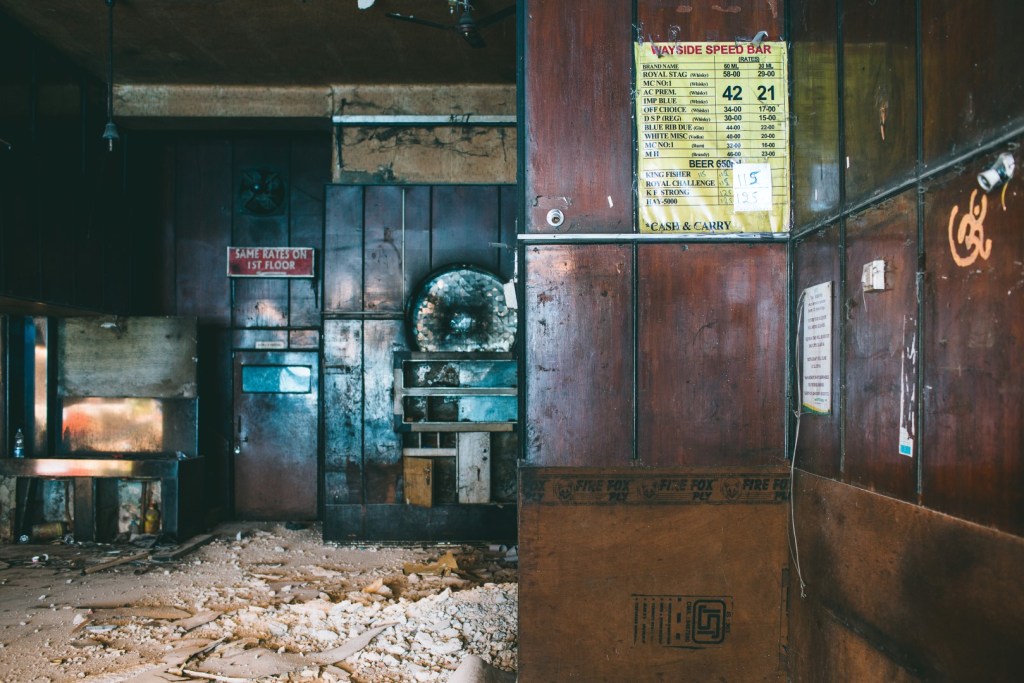 If you haven’t picked up your copy of Metrostruction yet, find it here http://bit.ly/2au9oLG